Eight years ago today, I married the love of my life. Yesterday I wrote a little love letter to him; today I wanted something more informal….

Things I love about Mr. 761 (in no particular order and by no means an exhaustive list) 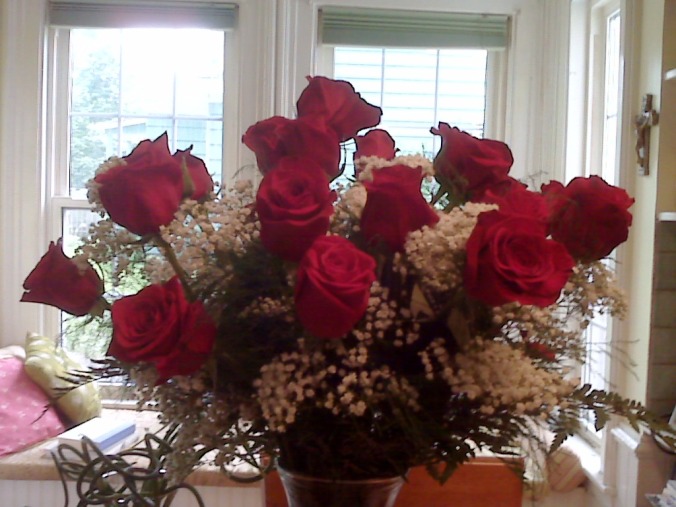 I had to take that photo with my blackberry — I seem to have mislaid my charger for my camera. This is a common issue in my house, and no doubt Mr. 761 would consider it one of my “quirks”.

It is not. Gremlins move things when I’m not looking. It’s very mysterious and I intend to look into this one day soon.