Oh, where do I start? (if you want to skip the proselytizing, just scroll down to the recipes…)

A while ago I quit smoking. After a month or so of being a non-smoker, I realized that not only was I putting on a few pounds, but had been for several years now. Okay, I admit it — I’m kind of um, overweight. This is not how I see myself and it kind of freaked me out. It’s easier to ignore when you’re smoking and eating and collecting stress weight that you can hide under sweaters. Less so when you’re feeling remarkably un-stressed, it’s the middle of summer, and you quit the nasty habit.

So, that’s the background. I’m freaked by the weight, I admit, but I don’t want to do silly fad diets like eat only grapefruits for weeks, etc. I don’t want to take pills, diet supplements, drink shakes or go to a group. I’m not a Group type. What’s left to me, then, is rational eating, upping my exercise, and impulse control.

This is turning out to be easier than I thought, really. Luckily I live in one of the most fertile areas of Nova Scotia and am surrounded by good quality organic produce that was grown within 50 km of my house, pretty much. The Berwick Farmers’ Market and the Wolfville Farmers’ Market have pretty much all you need. There are a host of local farms, cheese-makers, bakeries, etc in the area. I’m not going to give an exhaustive list, because I really haven’t been to them all yet. However, if you want a good list of links (and some wonderful recipes), go to Jenny Osburn’s Kitchen Witch blog. Her blog is also listed as one of my faves on my blogroll. I love her restaurant, and I love her blog. I lurk it all the time and haven’t sent a comment. I think I should, and will do so later today. 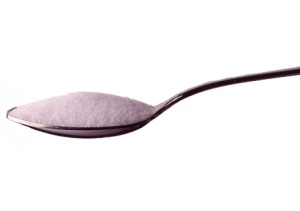 Oh Sugar. I love you.

But local produce doesn’t make for rational eating. It certainly makes it more accessible, which is good for me. My main problem, as I see it, is SUGAR. I love sugar, and sometimes even crave it. No, really – this week I craved it, more than I want cigarettes! Oh sugar, you are a harsh mistress.

I went through my pantry and started looking at labels. I threw stuff out with impunity. Well, actually anything that wasn’t opened yet, I donated to the food bank. There are issues with that, but it didn’t feel right to throw it out, it really didn’t. Stuff that was opened, I threw out. I threw out stuff with lots of chemicals, and things with “ose” at the end of ingredients (sucrose, fructose, dextrose…). I threw out stuff with too many ingredients that I didn’t know (usually it was a preservative, if I looked it up). I decided to keep things that had only a few ingredients, ingredients that were, well, really food.

I didn’t want to get confused and worry about “rules” and points and this and that. I just wanted to make sure that what I eat is recognizable as food to me; that it doesn’t go through a lot of processing. This may be a bit harder in the winter, but I’ll figure that out when we get there. Right now I live in a fruit and vegetable heaven, and have an organic meat market 10 minutes away.

It’s not only sugar, it’s all that other crap. For almost a week I was strict — no sugar at all. Nothing. It was very hard. Because it was very hard, I started to eat fruit, and had a ginger beer the other day that rocked my world. I get it now — moderation. I haven’t kicked my

sugar craving, but I’ve knocked it down a few pegs and I figure that a little more time of giving my body healthy food that’s really good too will lessen that craving all by itself. One day I’ll look for that black pit of sugar need only to find that it was starved out of existence. Whatever made me want cigarettes is probably closely related to whatever is driving my need for sugar… now that I see that, I’m much more aware.

Recipes The first one has no sugar at all. The second one does have some, but only a wee bit. Today I made a Summer Slaw and a Raspberry Clafoutis (custardy pie with fruit)

Slaw is easy and summery and crunchy goodness. They’re versatile and easily spiced and all around terrific. I’m not a natural vegetable lover and I never really liked slaw until I realized that not all slaw had to have Miracle Whip or Mayo (neither of which I care for). Until a few years ago I thought I hated the stuff! As with all things dear to my control-freaky type A heart, I learned that if I make it, I tend to like it (is that weird?). Anyway, here’s the recipe:

crunchy, pretty, good for you.

Cut ’em all up in pretty much equal amounts. Cutting radishes into little juliennes isn’t fun, so I used fewer radishes than the other stuff. It’s really up to you. I also have fewer radishes because I kept eating them while preparing the dish. Oh well.

I dry roasted some almond slivers and sesame seeds until golden and then tossed those in with the kholrabi mixture.

You can’t have a slaw without some sauce. I drizzled the pile of veg with some extra virgin olive oil (very sparingly, just enough to make it a bit glossy once I tossed it using my fingers). Then a splash of apple cider vinegar, a squirt of lime juice and garnished on top with some chopped up cilantro and fennel tops, and you’re done.

This has sugar in it, but such a sparing amount it’s hardly worth mentioning.

Preheat your oven to 400°F. Get a pie plate (or two tart pans) and melt the butter in it, then remove.

In a blender, combine the milk, eggs, sugar, flour salt, zest and vanilla. Add the slightly cooled melted butter from you pie plate (just leave enough residue that you can smoosh around and use to grease the pan).

Distribute those lovely raspberries evenly in the pie plate (be generous, though if you want it to be elegant you should make sure none overlap or are jumbled).  Pour the batter over the top. If you want, sprinkle the top with more sugar (I did, and used maybe a tablespoon?).

Bake until slightly puffed and just set in the middle, usually about 20 to 25 minutes Today mine took almost 30 minutes — so just poke it and see, and if the top is getting too brown, cover with foil for the last 10 minutes or so. You don’t want it to be firm, then it will be overdone.

Good served warm or cold, doesn’t matter, as long as you serve it.  I paired mine  here with unsweetened whipped cream (with some vanilla bean beaten in) that I then folded pureed raspberries into… I had extra). Ice cream might be nice too. I think I prefer it alone, with a raspberry coulis. Nice and tart.